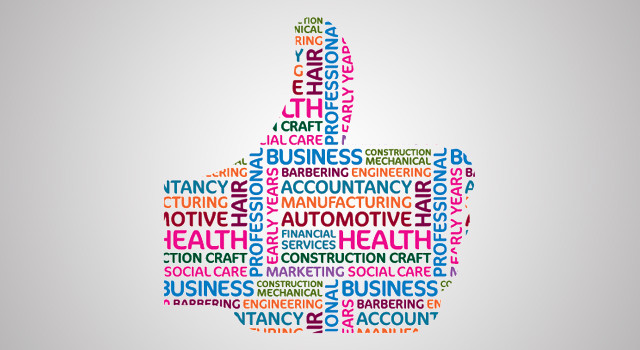 A subsidiary of the Manchester Chamber and one of the leading Apprenticeship providers in the North West, Skills Solutions needed a new campaign to build awareness to the organisation and the huge variety of apprenticeships available, encourage applications and to help erode the perception that apprenticeships are for the less academic and limited to certain skill sets.

They approached CQ2 to reach 16-24 year olds in the North West and those that influenced their careers. We identified the importance of social media with this target audience and conceived and developed the ‘likeapprenticeships’ campaign that is still ongoing.

We used Facebook, sponsored stories and Facebook advertising as well as an outdoor advertising campaign to support the new website. This demographic use mobile phones as a primary means to browse the internet, so we adopted a ‘mobile first’ approach and developed a mobile-optimised version of the entire campaign. We also managed the Facebook account and reported on all online analytics for Facebook and Google.