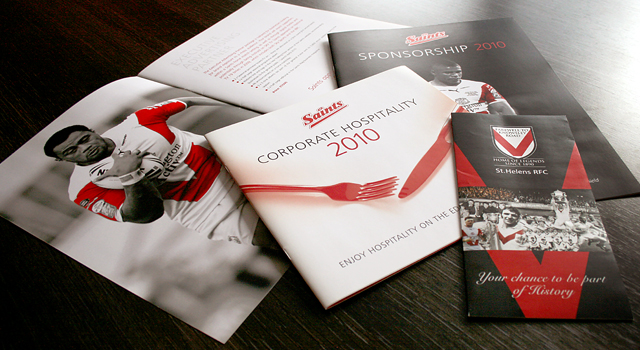 St Helens Rugby League Football Club (known more commonly as St Helens RLFC or simply St Helens) and are nick named Saints. We were commissioned to design and produce corporate brochures for both hospitality and sponsor for 2010.

Their home ground is Knowsley Road, but the team will move to a new 18,000 capacity stadium in 2011. We have designed a Farewell logo and brochure which was also used for collectable merchandise and material to commemorate their departure and move to the new ground.